An important lession I learned from ponies.

The other night I had a revelation after seeing The Hunger Games. The movies about murdering children really needs a psychotic cannibal and shaky cam needs to die. But more importantly I need to stop hating on Twilight. 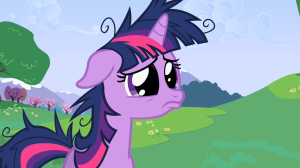 At first I was avoiding the Hunger Games at first because the only thing I knew about it was it had a ton of female teen followers and was called “The Next Twilight.” That really irked me for some reason, and I resolved to avoid it like the plague. Another Twilight? That sounds terrible. 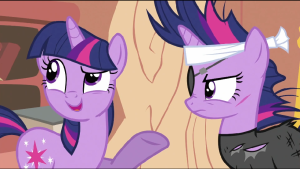 Damn it I said wrong Twilight, we did that joke already.

In the past I’ve really looked down on the Twilight fans. From everything I’ve heard the books are plainly written, the characters are flat, the main character is textbook Mary Sue, the plot is formulaic and repetitive, the message is misogynistic (women’s best traits are their chastity and their ability to produce babies), and the movies are full of laughable effects. Oh, and the werewolf turns into a were-pedophile in the end for no real reason. But I’ve never read the books, or seen the movies, so I can’t really judge. 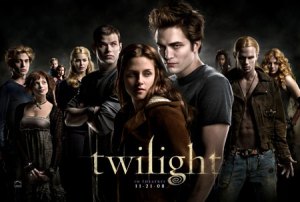 The Hunger Games turned out to be none of that. The plot was more interesting, and the characters had a bit more depth than expected. I walked out of the theater wanting to see a sequel; it wasn’t perfect, but it was worth seeing. So I started wondering, why was I so hostile to this to begin with? And it was the Twilight stigma. I’d been so wrapped up in hating Twlight that I almost missed a good movie.

Later that night I was surfing the net, looking at some message boards and seeing all the hateful pony art. Last year My Little Pony kind of exploded on the nerdy side of the internet, garnering a many fans in a ridiculously short amount of time. The backlash was a lot of haters cropped up to push back against the colorful wave that was sweeping over the net. And as a fan of the show it baffled me why so many people vehemently hate the show. I understood the show wasn’t for everyone, but it you don’t why attack it? Why not just ignore it?

Then I realized something terrifying. “Good lord I hate Twilight in the same way they hate Twilight.” So, no more hating on the Twilight fans. If they like sparkly vampires and hot shirtless werewolves then more power to them. People are going to like what they like, attacking it isn’t going to make them like it any less, or make it go away. Critiquing a work is one thing, if there’s a flaw the creator deserves to know about it so they can fix it. But just attacking something because you don’t like it? That’s just silly.

Dude, let me in, I'm a fairy.
View all posts by cacthenerd →
This entry was posted in Other Stuff and tagged brony, Friendship is Magic., Hunger Games, MLP, My Little Pony, nerds, Twilight, Twilight Sparkle, Vampire, werewolf. Bookmark the permalink.

7 Responses to An important lession I learned from ponies.